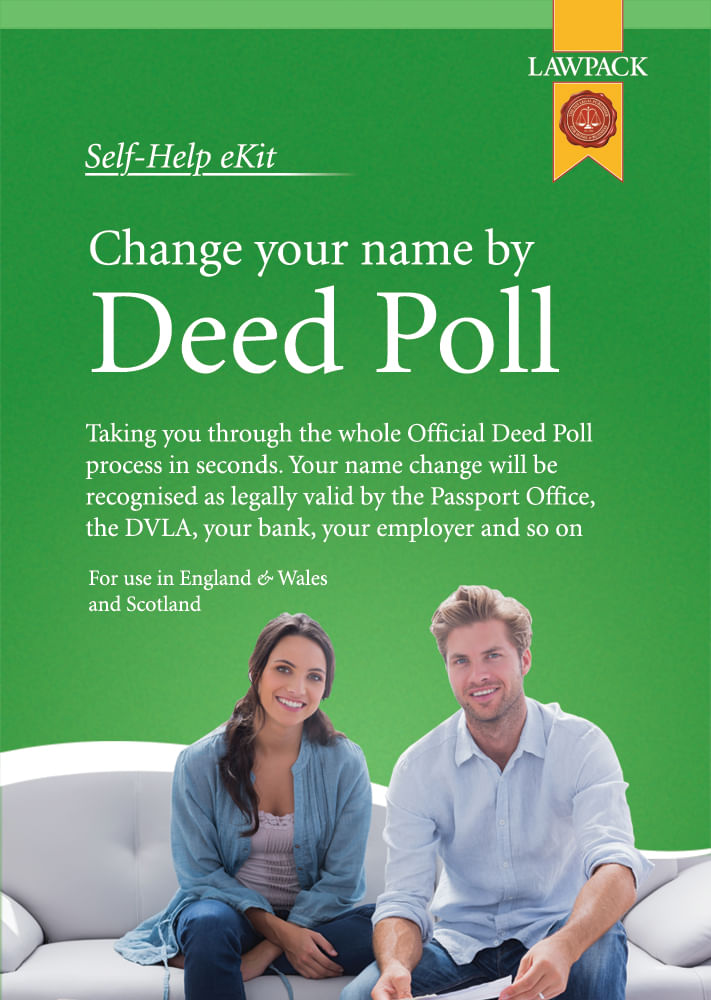 The Official Deed Poll Kit is available as a ‘Download Now’ eKit so you can put it to use straight away.

Changing your name officially and in a legally valid way is easy. And don’t let anyone tell you any different. With our Official Deed Poll Kit you can change your name by Deed Poll quickly and without any fuss from the comfort of your own home.

We’ll take you through the whole Official Deed Poll process in seconds. And your name change will be recognised as legally valid by the Passport Office, the DVLA, your bank, your employer and so on.

Our Deed Poll Kit enables an adult to change their name officially. Anyone can change their name without using a Deed Poll, but to change records and official documents, such as a passport or driving licence, an Official Deed Poll is required. The Lawpack Official Deed Poll Kit is straightforward, and takes just moments to complete. It does not need to be endorsed or signed by a solicitor - once completed, printed off and signed, with two witnesses, it is legally valid and takes immediate effect.

Our Official Deed Poll Kit can used to change forenames or surnames, or both, and is legally valid for use in England & Wales and Scotland.

Comprehensive Deed Poll and name change guidance is given, alongside a completed Deed Poll example. And we even provide you with a list of the official institutions you should contact about your name change.

What could be easier?