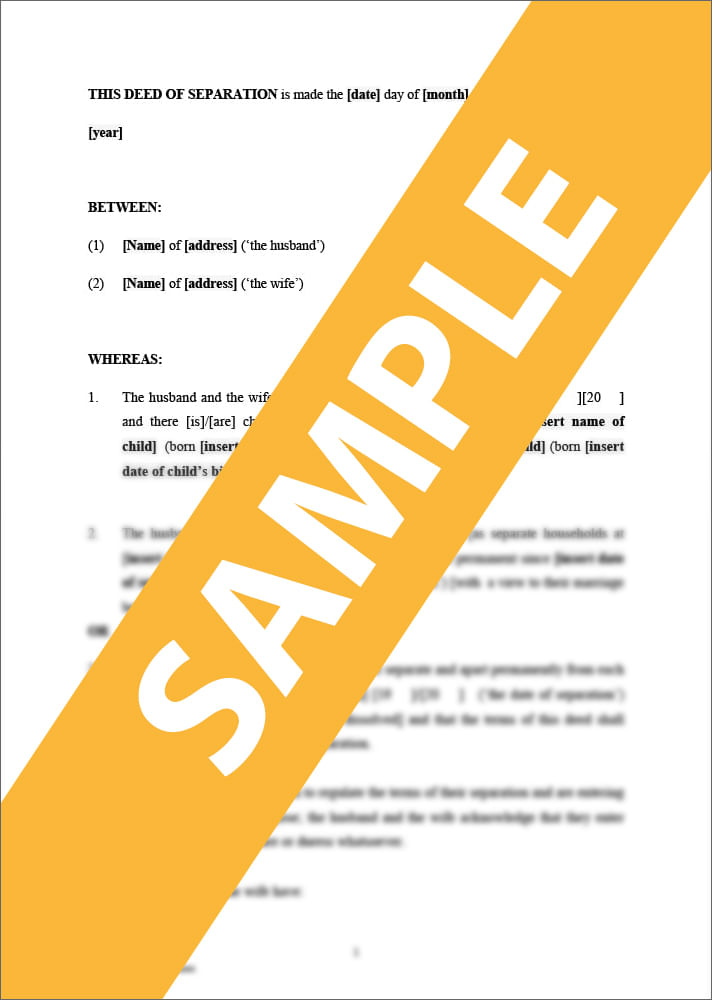 Separated but not yet ready to divorce?

Many married couples who decide to separate enter into separation agreements to put in writing any decisions they have made about their finances and children.

It is simple to create with Lawpack’s Separation Agreement template.

This separation agreement template is suitable for a married couple with children.

What is a separation agreement?

Many couples who don't wish to divorce but have decided to live separately enter into these agreements.

It is simply an agreement between you and your spouse that will commonly set out the division of your property and the rate and duration of periodical payments to be made from one spouse to the other whilst you are separated.

A separation agreement form doesn't alter your marital status. You and your spouse remain married.

A separation agreement template may also set out in general terms the arrangements you and your spouse have agreed for the children.

Separation agreement form and the courts

Generally, the court will not interfere with agreements that have been agreed by competent adults, unless there has been a very significant change in the circumstances of the parties since the separation agreement form was made.

It's important to take individual legal advice if one of you is in a stronger position than the other to prevent the court from suggesting that the other party was forced into the separation agreement.

This separation agreement template has been approved by family lawyer Philippa Pearson, under English law, and by Neill, Clerk & Murray, solicitors, under Scottish law.